The renowned Ha Long Bay is just an hour and a half away from the capital city starting Saturday. 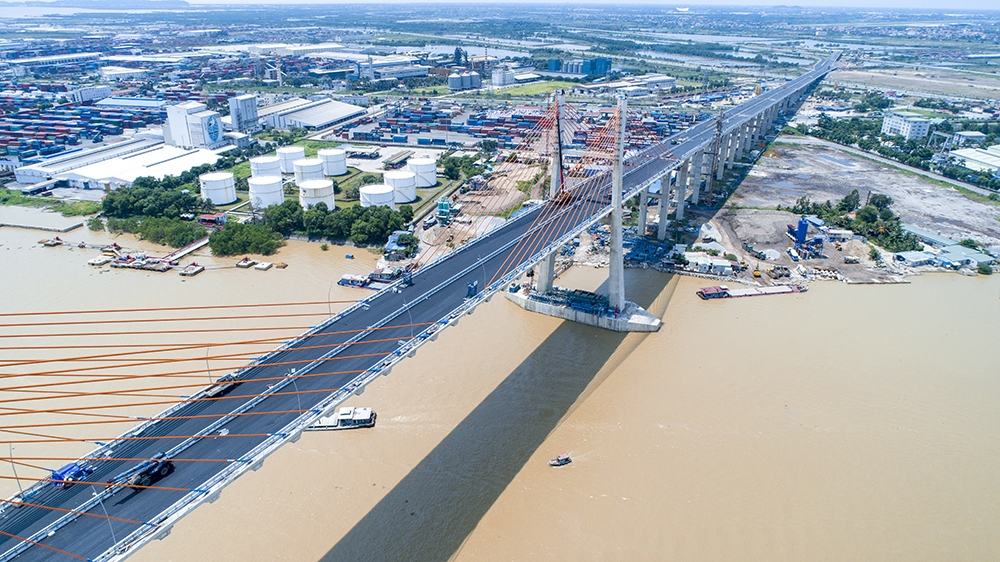 Prime Minister Nguyen Xuan Phuc, who attended the expressway’s opening ceremony, said the new expressway will promote connectivity in the Hanoi-Hai Phong-Ha Long triangle and open up opportunities for socio-economic development in the area.

While most of the road was constructed using the state budget, the Hai Phong end of the expressway, including a VND7.27-trillion bridge across the Bach Dang River, was built using the build-operate-transfer (BOT) model.

The four lane, 5.4-km long bridge, with a 3.5-km span above the river, is 25 meters wide. It is designed with three H-shaped towers representing Hanoi, Hai Phong and Ha Long.

Phuc said the Bach Dang Bridge was a proud breakthrough for Vietnam, being the first cable-stayed bridge made in the country.

Work on the Ha Long-Hai Phong Expressway began in September 2015 and was scheduled for completion last March, but was delayed twice.

The expressway is among a series of infrastructure projects aimed at boosting the tourism industry.

Others include an international airport in Quang Ninh’s Van Don District and a new expressway between Ha Long and the proposed special economic zone in Van Don, both of which are scheduled for completion later this year.

Quang Ninh welcomed 7.5 million travelers in the first half of 2018, including 2.46 million foreigners, up 14 percent from a year ago. Tourism revenues for the period rose 31 percent year-on-year to VND12.8 trillion ($546.7 million).