There’s an interesting legend about Thien Cung saying that it was once upon a time the castle of the Dragon Prince and May, his beautiful bride. The story said that there was a year that no rain felt. Many people went looking for Dragon King to ask for his help as he was in charge of creating rains. However, most of them failed. There’re a young couple also went looking for the King, bringing a little girl called May with them. 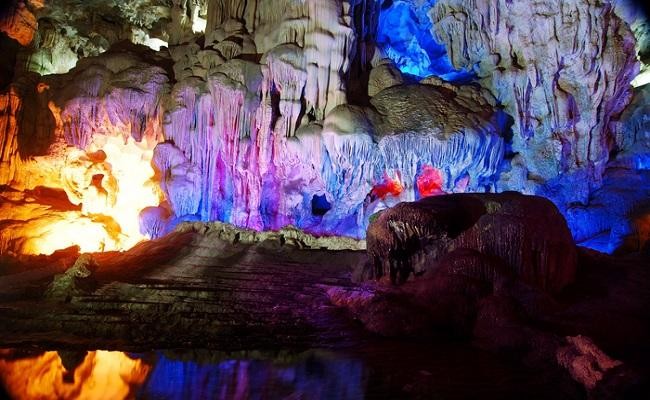 Time flew but they were yet to found the Dragon King, and May, the little girl then became a beautiful maiden. Luckily, she met Dragon princess and they immediately felt in love. The princess then helped them meet his father, the Dragon King. The King created rains and at the same time held a solemn wedding party for the young couple. Thien Cung cave is the castle where the wedding took place. The young couple then lived happily together forever in the castle, the prince became the guardian of Halong bay. 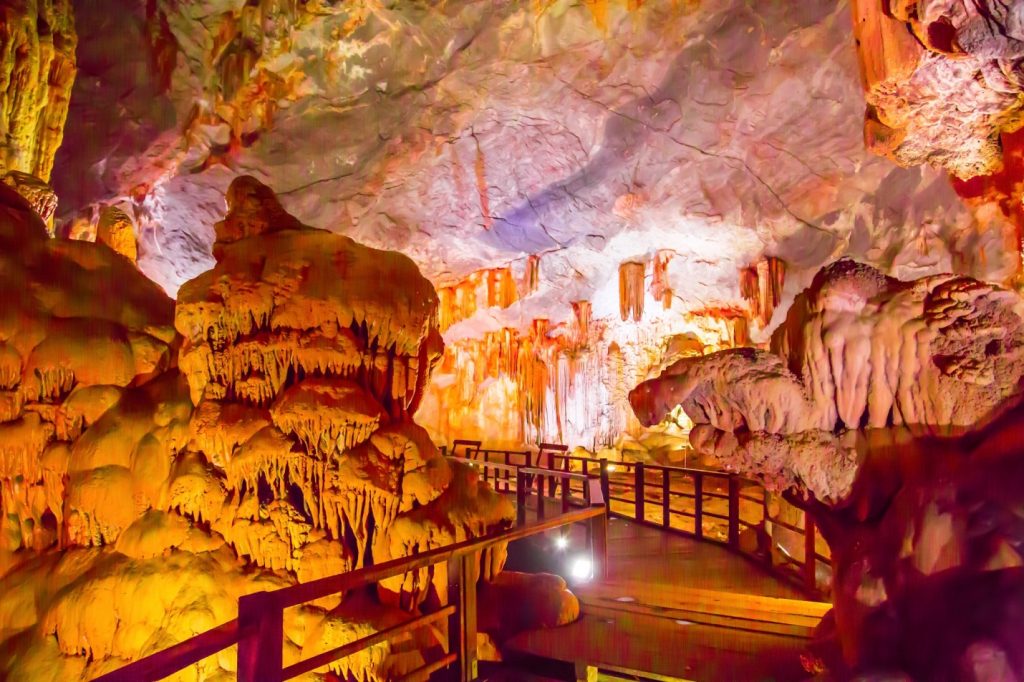 Now, thanks to the discovery in 1993, tourists can wander the winding tunnels of the Dragon prince to admire the large space inside, which is still threatened to be covered again by the forest that hid its before 1993 when human found it, or be astonished by stunning stalactites hanging down from the ceiling of the “castle”. Listen carefully, you can even hear the drum beats of the Dragon, which is actually the sound of wind flowing through cavern. At the exit of the cave, be prepared to be amazed by the vantage point that overlooks the whole of the bay. 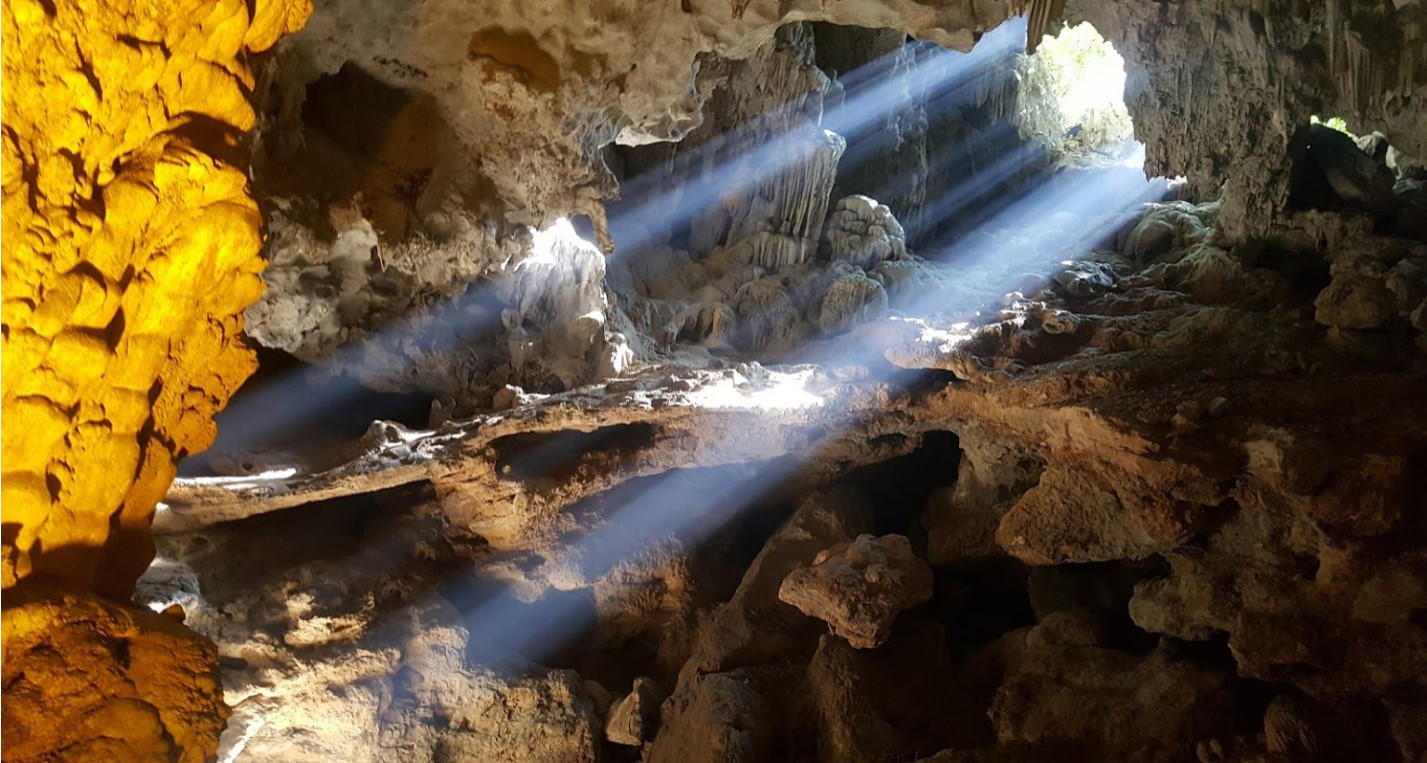 A “window” of the castle

If you travel to Halong, don’t miss out Thien Cung cave, spend time exploring the place and free your imagination in the ancient story and enjoy the masterpiece of mother Earth. 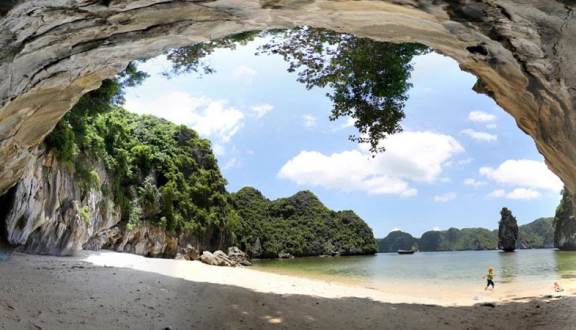 The amazing view at the exit of Thien Cung cave