Discovered by accident in 1993 by a group of fishermen rushing to seek for a shelter to survive the strong storm. They were astonished by the inside scenery with stalactites looking like a dragon, phoenix, and four tall pillars reminding them of the imperial palace in Persian tales. Then the name Thien Cung cave (translated as Paradise palace cave) was born. 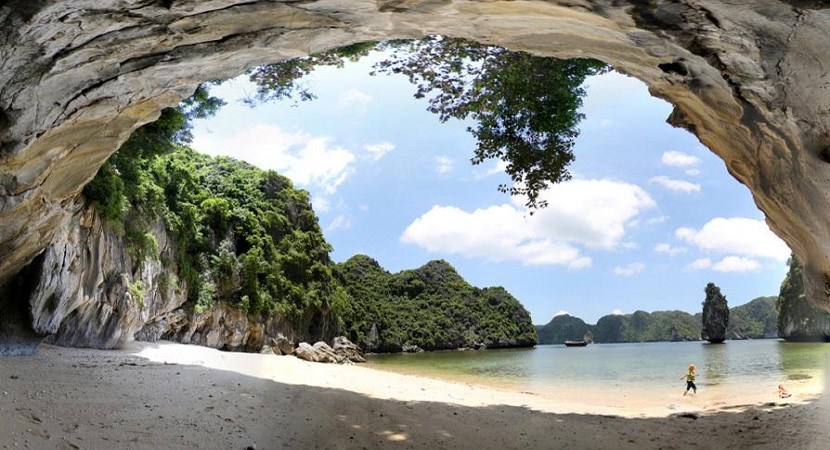 The entrance of Thien Cung cave

The legendary of Thien Cung cave derived from Dragon King, who could create rain on the Earth. One year, there was a severe drought, farmers found it hard to survive and thought of resorting to Dragon King for help. However, the way to Dragon King’s cave was a challenge that so many people could not pass.

However, a couple with their daughter, May, was lucky enough when May grew extremely beautiful and charmed the Dragon Prince. The Prince fell in love with May and they were approve to marry. The Dragon King made rain to save people and kindly celebrated the most boisterous and lavish wedding for the young couple, which lasted for 7 days 7 nights with non-stop music and wishes. 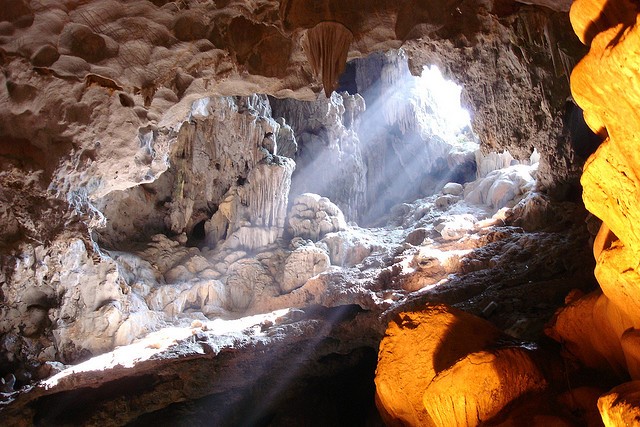 With its ancient beauty, Thien Cung Cave has attracted the curiosity and expectation of travellers who are interested in systems of caves in Vietnam.The cave is dry, with super high ceilings and is home to a complex inner structure divided into numerous different levels and sections. There are four huge pillars, which had relief sculptures of bizarre creatures somehow like fish, birds, trees and human daily life, stand there to lift the whole sky. Moreover, a giant and monumental picture of ancient characters in fairy tales with sleek and meticulous lines is located in the east side of the cliff. 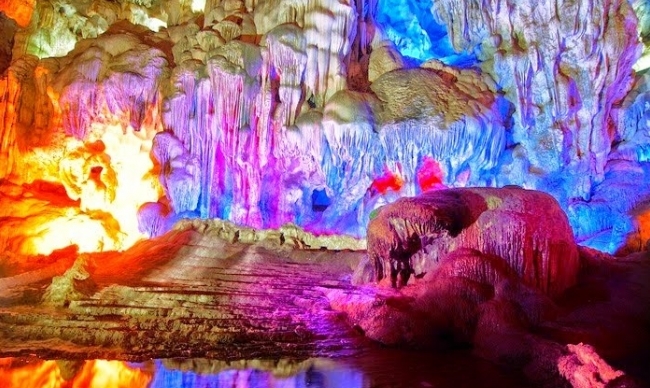 The stunning landscape inside

Walking inside the cave, you will hear the sound of drum as if in an ancient festival which is, actually, the sound of wind blowing through the cavern. Under the arch of Thien Cung Cave, there is a cluster of stalactites hang down looking like a stone curtain. Some parts of the caves are not visibly accessible, together with multicolored lights, it might be a bit scary and mysterious. 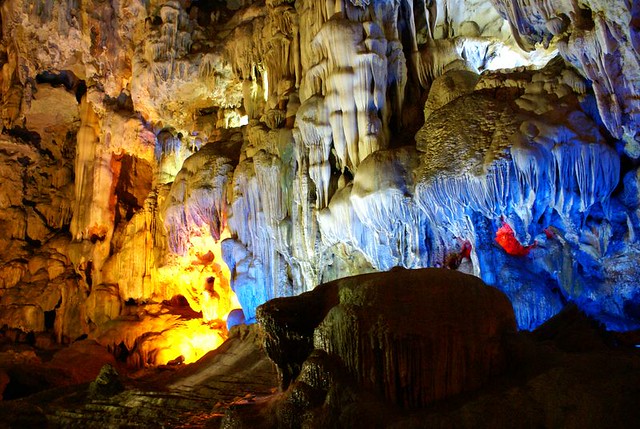 Leaving the cave, you will be astonished by a spectacular panorama of the whole bay. Then it’s time to follow a short trek taking back down a set of stairs and return to your cruise and move out.