Of all of Halong’s caves, Sung Sot cave is the largest, perhaps the most renowned, and likely the most visited of all. 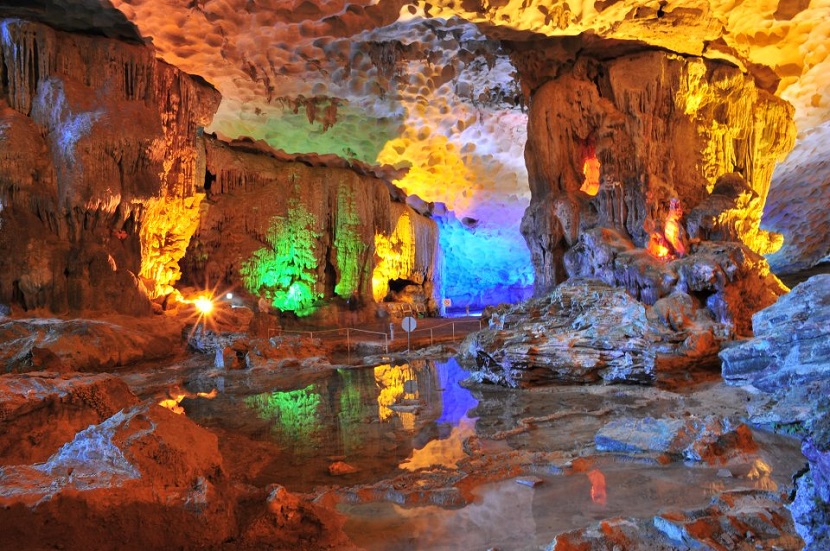 Discovered by the French in 1901 and originally named “Grotte des Surprises”, this limestone karst grotto is a rewarding experience after a steep climb on Bo Hon Island, northwest Halong Bay, about 15 km south-east of Tuan Chau Marina.

At approximately 25 m above sea level, this cave occupies around 10,000 m2 and comprises two caverns, each as beautiful and fascinating as the other. After a steep climb of around 50 steps to get to the mouth of the cave – which is sheltered by natural vegetation – visitors will be able to step into another world: a world that combines the cool mystery of Sung Sot Cave with soft, diffused light from the outside world.

The first chamber of Sung Sot Cave is known as the waiting room and is around 30 metres high. It is accessed by walking down a flight of 10 steps from the mouth of the cave. With walls eroded by Mother Nature and squarish in shape, the waiting room provides a grand entrance to a larger, second chamber, which is reached by a narrow path joining the two caves. It is the moment when tourists coming to Sung Sot enter the second chamber and understand why it is called the Surprise Cave. An “Opera House” appears in front you with a various number of flowstones, stalactites, stalagmites and columns forming thoughout millions of years. 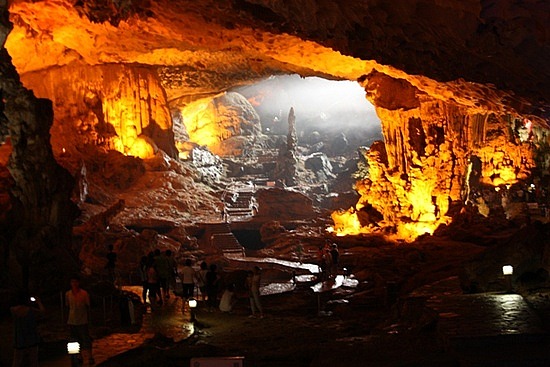 The second, or inner chamber, is so enormous that it could hold a thousand people at one any time. Above and below are magnificent stalactites and stalagmites extend from the floor and ceiling that sometimes can meet in unison. Besides, there is a meandering path around the chamber that gives tourists a view of the cave from different angles, and the light from outside, when coupled with the cave’s coloured and enhanced lighting, which eventually creates a magical world, perfect for photographs.

The best way to see Halong Bay has always been by boat. Among the numerous cruise companies that tour through the bay, a pretty large amount will visit Sung Sot Cave. 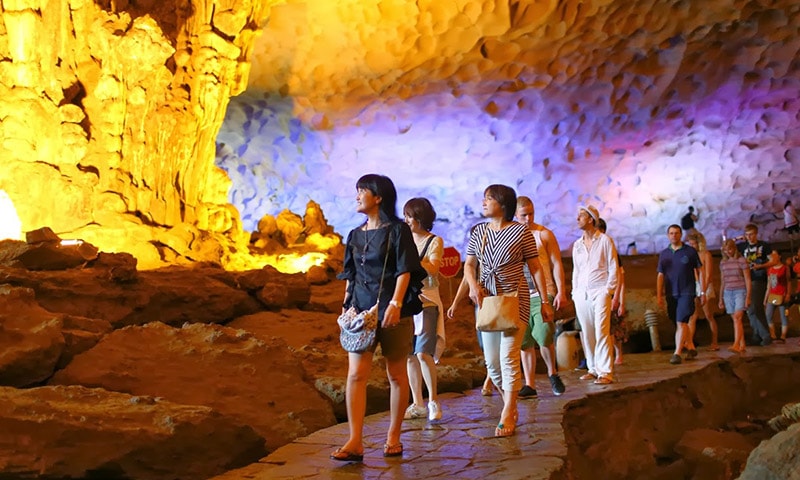